Be the first to appear to your potential customers on search engines.

Start implementing tested and proven techniques that will rank your local business.


Your website is the centerpiece of your local rankings. We will take care of all your onsite SEO from on-page, technical issues, UX and much much more.


Google My Business is a critical part of getting visible locally, we can create your listing or fully optimize existing listings along with advanced troubleshooting via direct contact with the Google My Business team.
b

We create manual submissions on the top aggregator and citation sources, along with city and industry specific citation sources. Our service includes NAP Cleanup and duplicate suppression.


We build genuine local backlinks based on your local relationships, competitor analysis and manual outreach, giving you hyper relevant local links in that count.


Reviews are the cornerstone to creating trust. Our turn key review system with SMS feature get you reviews quickly and effectively. Learn about our review system.


Once we have setup a solid Local SEO foundation we implement a 9 step tracking process for delivering amazing insights to the way people reach the site and interact with it.

We have taken a lot of time and effort to create a package which covers all the key areas in local SEO. This is something that practically no other local SEO service offers. Most other agencies rely on sub-par backlink submissions and basic citation creation as the core basis of their monthly package. With our services, you get a solid foundation, ongoing optimization, and simple reporting in a simple flat-fee service.

Need proof? Check out our results below…

Starting at
$750/mo
Get Started

Results You Can Measure

Work with us began in the beginning of Jan 2015, traffic Increased in 2015 from January starting at 164 sessions to over 300 sessions per month ending in an increase of 180% growth over the year.

This 45% increase was also across all pages viewed with a modest increase in the number of pages pages deep each potential client viewed showing greater engagement.

70% Increase of Traffic Against Same Period of 2015

While this client hasn’t been with us a full year, a comparison of Oct to Nov of 2015 and Oct – Nov 2016 show a 70% increase in traffic on the previous period. Not only that but there have also been dramatic increases in nearly all other metrics Including; 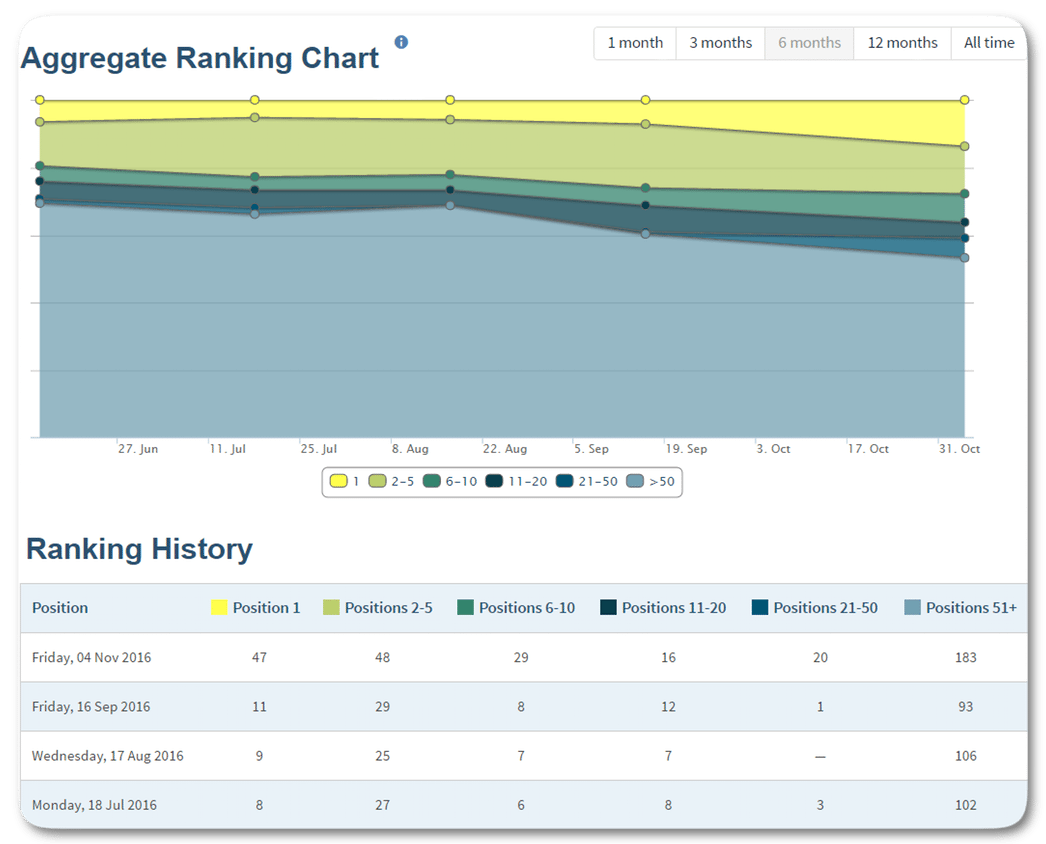 As a rule of thumb we tell all of our clients not to expect much for 6 month, however that doesn’t mean it can’t happen sooner as in the case of this flooring company where keyword rankings dramatically increased towards the end of month four.

Ready to get started?